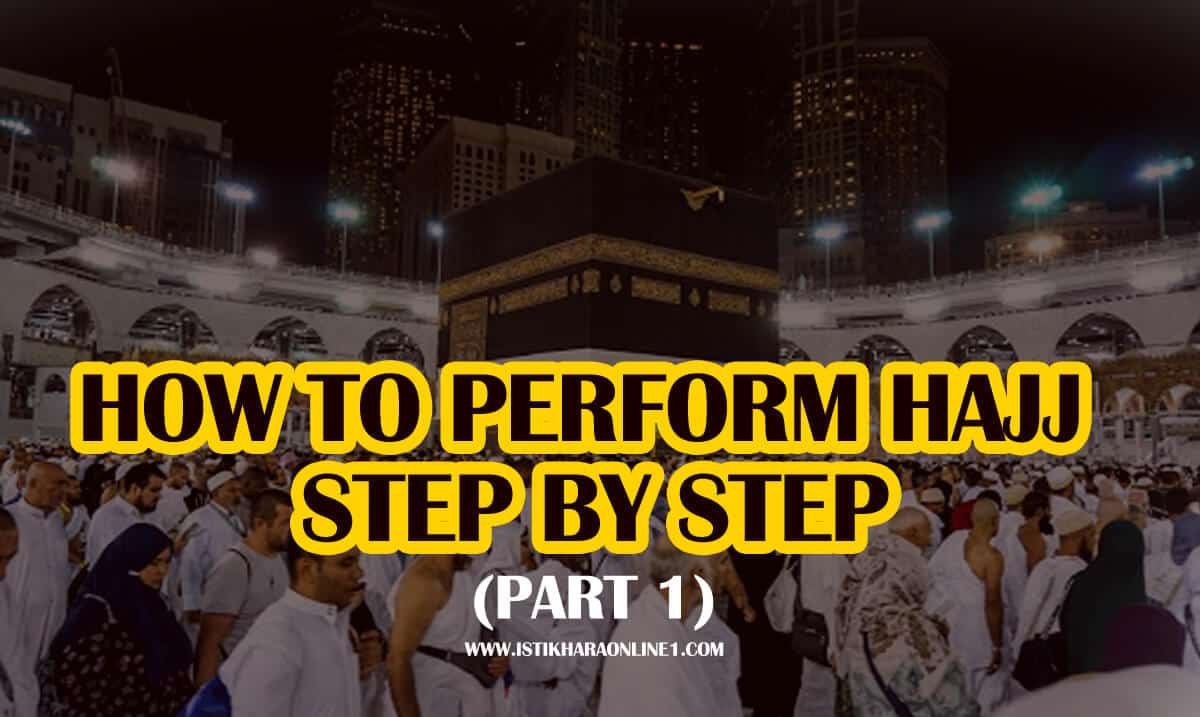 Every Muslim who is going for Hajj first time wanted to know about how he can perform hajj in a proper way. if you want to know follow these steps.

1. Make sure you are ready to perform the Hajj.

Hajj should not be undertaken lightly or as an afterthought. In old times, it was not a common thing for pilgrims to die during their journey to Mecca.. Although modern conveniences now allow millions of Muslims to travel quickly and safely to and from the holy city, the Hajj has yet to be approached with the seriousness and dedication of these early pilgrims. Study the Hajj rituals, begin to clear your mind of worldly distractions, and most importantly, repent for past sins, which will be forgiven during your pilgrimage.

2. Decide what type of hajj you will undertake.

when it comes to performing HAJJ Muslims have three different options. Each offers a slightly different experience in terms of the rituals performed and the chronology of the pilgrimage events. The three types of pilgrimage are

3. Plan your Trip to Saudia Arabia

The Hajj takes place in and around the holy city of Mecca, which today is in the country of Saudi Arabia. Just like when you travel to any foreign country, you will want to have your passports, travel documents, tickets, etc. resolved well in advance. Be aware that national governments can sometimes take time to issue new passports when old ones expire.

4. Prepare to immerse yourself in religion.

As a traditionalist Islamic monarchy, the nation of Saudi Arabia has rules of personal conduct, especially for women, which may be unfamiliar to foreigners. All women who perform Hajj should plan to travel in the company of a mahram, any related man, such as their father, brother, husband, son, or an authorized person under Islamic law.

Women over the age of 45 can perform Hajj without a Mahram if they are part of a large group and have a notarized letter of consent from their husband.

How To perform Hajj Part 2